Adventure sport (AT) therapy is associated with the use of adventure based on experiential learning activities to help people resolve issues that affect them negatively. AT helps people make changes in their lives, harnessing their strengths. People are given the opportunity to challenge themselves to engage in new (discovered) behaviors.

According to Robertson and Long (2008), adventure therapy (AT) is mainly an intervention, often used with young individuals, incorporating a variety of outdoor experiential activities. These activities are challenging and involve rope courses, climbs, swings (to gain trust among team members)(Sherrill, 2004), hiking and packing, skiing, rock climbing, bicycling, kayaking, horseback riding, canoeing, etc. (Kasser & Lytle, 2005). According to Kasser and Lytle (2005), the underlying philosophy is that the participants set up their own goals, and decide how much energy they are going to invest in order to succeed. It is OK therefore for every individual to experience the adventure with his/ her own way, no scoreboards are kept, and everybody has a sense of accomplishment at the end (Kasser & Lytle, 2005).

Robertson and Long (2008) claimed that the adventure therapy (AT) programs are commonly introduced outdoors. In few instances, they may be conducted in organized settings, such as in a special school, a psychiatric clinic etc. The programs are designed by a therapeutic recreation specialist, and aim towards the empowerment and self-determination of the individuals involved. These individuals are often diagnosed with mental health problems (e.g. depression), developmental disabilities (e.g. intellectual disability, autism spectrum disorder), and alternatively, they may simply be young offenders following a court decision (Autry, 2001), individuals dealing with substance abuse, surviving a sexual assault, etc. Eichstaedt and Lavay (1992) suggested that the involvement in such programs may lead to a substantial improvement in daily functional skills and overall capacities of all the individuals involved.

The AT is driven from a mixture of psychological (e.g. Bandura, 1977) and experiential education theories (e.g. Blanchard, 1993). These theories contributed essentially to the development of the AT as a cognitive-behavioral-affective approach designed to challenge individuals, provide fruitful experiences and cause positive life-long changes in their lives. The theories have mainly led the research efforts so far, described the effectiveness of the AT methods employed, explained and modified (adapted) the related practices used to lead to the desired outcomes. A brief summary of related research efforts so far, are presented accordingly.

Cordle, Van Puymbroeck, Hawkins, and Baldwin (2016) examined the effect of an adventure rope course in a group of 52 adults at a university outdoors center. The researchers suggested that the lack of research evidence led their efforts and examined the effect of the rope course upon the self-efficacy of the individuals involved. The results suggested that the self-efficacy exhibited a significant improvement, including the mastery experiences, physiological and emotional arousal, verbal persuasion and vicarious experiences. The researchers concluded that these experiences are reflective and specialists in the field should consider the use of rope courses to enhance the self-efficacy levels of their participants.

Martin, Groff, and Battaglini, (2014) examined the therapeutic value of a challenging rope course in a group of patients recovering from breast cancer. The researchers used qualitative methods to collect their data, through interviews with the facilitators following them throughout. The results revealed three major themes through a detailed discourse data analysis, named: journey, support and re-authorization of themselves and their own identities. The researchers concluded that challenging programs may be added as an opportunity for breast cancer survivors to initiate and ‘construct personal narratives that are positive and constructive to the recovery process’ (p. 211).

Norton, Tucker, Pelletier, VanKanegan, Bogs, and Foerster, (2020) examined the effect of an AT program (HOPE), conducted outdoors, upon 83 homeless females living in shelter residence. The researchers stated that homeless females experience a variety of psychological distresses, traumas and social isolation and interventions to enhance their well-being are of paramount importance. A variety of scales were used to assed the effectiveness of the program and the results suggested that the women who participated exhibited a significant enhancement of their social and interpersonal well-being. The participants who attended the sessions more frequently were those who benefited the most and the researchers suggested that similar interventions in the future may be used to address the needs of homeless females. Finally, McAvoy, Smith and Rynders (2006) examined the effect of an outdoor adventure program for a sample of 23 individuals with cognitive disabilities and a group of 23 supporting staff. A series of questionnaires and interviews were used to collect the data and assess the experience of the individuals involved. The researchers stated that the skills, satisfaction and social abilities were enhanced through the program and provided a series of strategies to enhance their participation in future attempts. 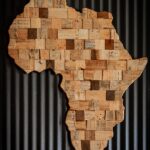 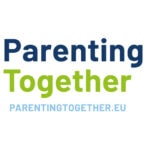 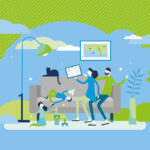